Difficulty maintaining sleep
Get to know the most common sleep disorders

Difficulty sleeping is characterized by difficulty starting or maintaining sleep and by the feeling of not having restorative sleep for at least a month, which significantly impairs people’s lives. Difficulty sleeping can also be a symptom or a side effect of a few problems, the most common of which are sleep disorders.

Now that you are aware of the main sleep disorders, seek the healthcare professional you trust to start your treatment as soon as possible.

We will now explain how our sleep works so you understand what sleep disorders are. Sleep is divided into four phases, each one with its specific activity. These phases take place in cycles that last approximately 90-110 minutes each and repeat four to five times until we wake up. Difficulties in any one of the sleep phases can be harmful in the short and long term.

Let’s now get to know the most common types of sleep disorders:

Insomnia can be an isolated phenomenon, but it can also be associated with a disorder such as depression, with hormone changes or neurologic diseases, or be caused by medications or substances such as caffeine, alcohol, or other drugs, tobacco, diuretics or some antidepressants. In case you have insomnia, you should see a physician to find out what are its causes. You should also work on your sleep hygiene, made up of the habits that help falling asleep. In some cases, medication can be prescribed. (No self-medication, please!).

To diagnose and establish the disorder level it is necessary to study individual’s period of sleep through polysomnography in the sleep lab or even at home. In Type I (standard) polysomnography, patients sleep at a sleep lab connected to sensors that record airflow through airways, blood oxygenation, heart rate, and chest and body movements. In some cases, even neurologic channels are used. However, today there are much simpler, affordable and accessible tests, such as Sleep Apnea Digital Monitoring (SADM), the Biologix Sleep Test (a type IV polysomnography), which is a test conducted using only an oximeter, Oxistar, connected to the Biologix App during one or more night’s sleep. This way, patients are diagnosed in a convenient, quick, and effective way.

In addition, this monitoring procedure can be repeated as many times as needed throughout the treatment to allow healthcare professionals to fine-tune the therapy.

Sleep Apnea can be classified into:

To treat mild and moderate apnea, dentists resort to intraoral devices, which allows jaw, base of the tongue, and pharyngeal tissue advancement, thus enlarging the upper airways to improve air passage. In more severe cases, in addition to required changes in habits, such as losing weight and quit smoking, treatment is conducted using adjustable oxygen face masks connected to a machine called CPAP. In certain cases, surgery might be indicated to correct airway narrowing or obstruction caused by deformities, or to place an implant.

Its main symptoms are:

The cause of Restless Legs Syndrome (RLS) is not well known. It is clear that, beside genetic predisposition, dopamine and iron deficiency in motor areas of the brain is associated with the involuntary and repetitive movements that characterize this syndrome. Risk factors for RLS include being a female, age above de 50, pregnancy, iron deficiency, excessive alcohol or caffeine intake, and sleep disorders such as narcolepsy or REM sleep behavior disorder.

Diagnosis is clinical, based on symptom description. However, supplementary lab tests can be requested for diagnosis confirmation. These tests include Polysomnography and measurement of ferritin and tranferrin levels, substances that transport iron in peripheral blood.

To treat mild RLS, the use of benzodiazepines (anxiolytic drugs) is recommended. In more severe cases, physicians might resort to medications that stimulate brain dopamine receptors without raising their levels in peripheral blood.

It can cause accidents and disrupt patients’ social life.

Its symptoms include daytime excessive sleepiness and sudden loss of muscle tonus (cataplexy), this latter being uncontrollable and so strong it can lead to postural collapse. These attacks are triggered by intense emotional reactions, usually positive, such as laughter. They can also be triggered by fear or anger, for instance. Additional symptoms include fragmented night sleep, multiple arousals, excessive movements, non-restorative sleep.

This is a chronic condition, for which there is no cure, that can seriously affect patients’ quality of life. Nevertheless, it is perfectly treatable and its main symptom – excessive daytime sleepiness – can be controlled with medication and a few lifestyle changes.

The precise cause for narcolepsy is unknown. However, many specialists believe that genetic factors can be directly involved. Narcolepsy is believed to stem from the loss of a group of cells from the hypothalamus. These cells die early and do not synthesize hypocretin (or orexin), which is a neurotransmitter that regulates arousal, sleep and appetite. When unbalanced, these substances can lead to REM sleep in inappropriate times.

Narcolepsy treatment aims at keeping its symptoms under control. It can include drugs to stimulate patients’ brain so they stay awake.

DISCLAIMER: The information contained in this blog aims at assisting you in your education and is not intended to be construed in any manner as medical advice. Only physicians and dentists can diagnose diseases and prescribe treatments and medication. Thank you for visiting our website. 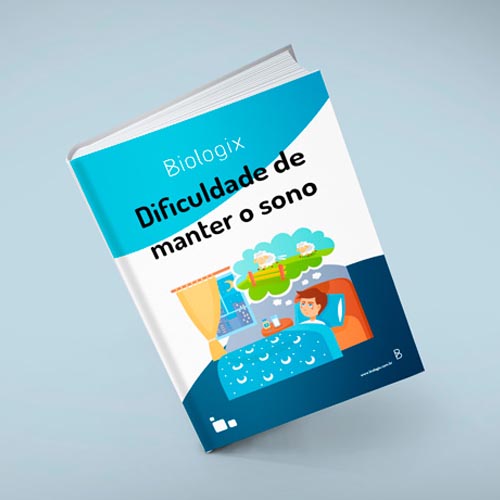